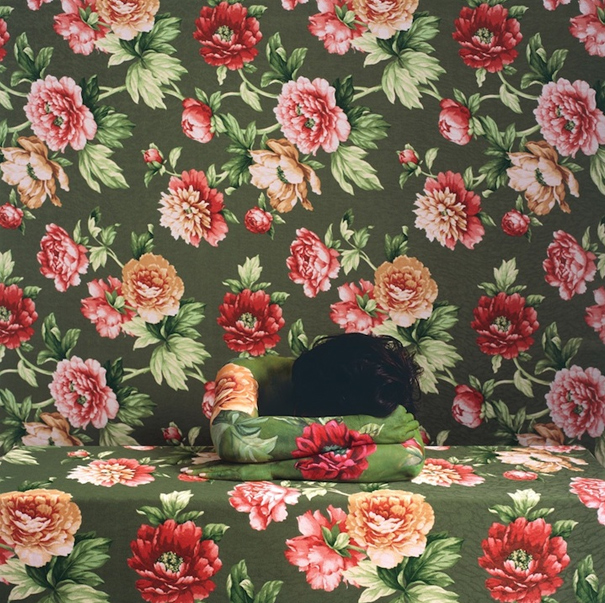 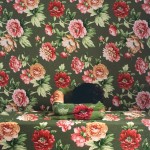 Image ‘Blending In’ from here

I met Jocelyn a few years back – through a friend who just gets me. I remember seeing pics of her wedding and then of the kids that followed but not really knowing her.

Last year our paths crossed after we’d both gone to visit that friend after the arrival of the most gorgeous bundle of pink Id seen since I had one of my own. We both lived in a similar world in terms of the make up of our families and I think we both had the same hopeful outlook about it all.

Jocelyn contacted me to say that she had a space that she wanted to discuss – Ill let her answers tell the story. So sit back, grab a piece of chocolate cake (I’m writing this while watching Masterchef and the famous 8 texture chocolate cake is being dissected).

J…Tell me a little about you?

How to identify myself? I am an Australian born Chinese woman, having grown up in a middle class Sydney suburb, I attended a conservative girls school.

What’s your space in between?

One of my spaces is the space between cultures. Even though its a common thing, I still find it a difficult one. People judge – they might not mean to – we all do it. We judge on looks, on first impressions, on stereotypes and on biases sometimes we don’t even want to admit we have.

Growing up, it was a pretty Caucasian neighbourhood, and a Caucasian school.  I looked different to other people but felt the same (I assume!). Sure, there were a handful of other ethnic kids at our school, but they were still white. Like all kids, I just wanted to fit in, I didn’t want to look different or be different, so I just pretended I wasn’t.

On the other hand, I wasn’t a very traditional Chinese – we didn’t speak Cantonese at home, we didn’t go to Chinese classes (well, my parents tried unsuccessfully – something I regret now.) and my mum didn’t cook Chinese food all the time. And compared to most of my cousins, we were very un-Chinese.

Even though I didn’t suffer a huge amount of overt racism growing up, I still noticed the difference. I recall one girl at school saying to me you know, I forget you’re Chinese sometimes – which at the time, I took as a compliment. That was the best thing that someone could say – but it also meant that perhaps I was different and this difference could be forgotten or ignored.

These days, I feel a lot more comfortable with who I am (as we all do as we get older) and my background. But there are still moments when I feel that difference, like when a friend says she doesn’t want her son to go to the local primary school as he will come home speaking ‘ching chong chinaman’ or the woman at work who talks about getting one of those “yin / yang asian type massages”…. why does that still make me feel so self conscious?

Why do you think people feel OK to ask that great icebreaker ‘so where are you from?’. Is there a space between interest and ignorance?

For me, it seems that people are a lot more accepting of people from other cultures now, and a lot more interested in hearing people’s stories. I love hearing about people’s background, family, culture and traditions. It is something that connects me to other people with difference. So when people ask that question so where are you from? I can take it two ways. In my younger days, I would get a bit confused and wonder if I was supposed to say the suburb where I grew up (weird) or explain that my dad moved here from Hong Kong to go to a boarding school from year 7 and my mum’s family came here from China generations ago (long and complicated).

I remember when I was in Hawaii as a teenager, we were on this tiny plane and I asked the pilot a question (possibly something as exciting as the weather that day) and he said why do you speak with an Australian accent?. At the age of 13, I was gobsmacked. I didn’t know what say so I said because I am from Australia.  It was such a strange moment – and one that has stuck with me over the years as the epitome of ignorance.

Now I freely give the long and complicated answer, particularly if I know they are interested. And if people’s eyes glaze over, I know that I probably don’t need keep talking. Usually these are the ignorant people – and not the ones that are interested in hearing your story, and in turn, sharing their story with you.

Do you think your kids will experience the same challenges?

Unfortunately, I recently had someone yell racist comments out of their car window at me while I was waiting to cross the street. Luckily my kids were not with me – as I am really not sure how I would explain it to them.

I love that at the age of four and a half, my eldest is so accepting of being “half-chinese and half-scottish”. I love how they are so accepting of everything you tell them – and everything you show them, so I am trying to expose them to as many Chinese traditions, foods and experiences while I can. So far, their experiences growing up are different to mine. They go to a daycare Centre that is in the CBD, so there are a lot of staff and children from diverse cultures there and the centre makes a huge effort to embrace these cultures, talk about them and celebrate them.

When I was growing up, I’d be embarrassed that we celebrated a different New Year but it is something exciting for my kids, in fact, they have been asking me for the last two months when we can see the lion dance and when it will be Chinese New Year again!

My daughter’s two best friends from daycare are Ruby and Sienna. One day my daughter said that Sienna had brown skin so I asked what colour Ruby’s skin was – pink – was the answer. Hers? – yellow – was the answer.

This just made my heart melt and made me want to cry… she was so matter of fact – it was just perfect. But no, I don’t think that this will last. As they grow up, they will learn from friends and acquaintances how people view and judge these differences. All I can do it teach them acceptance – of themselves and of others – and hope for the best!

What do you hope for your kids as they grow – how do you separate your experiences of growing up with giving them the space to find their own way?

As with any aspect of parenting, it’s hard not to impose your own beliefs, judgements and feelings onto your children. I try to give them the opportunity to make up their own minds about things they like and don’t like, while at the same time trying to teach them right from wrong, and to teach them manners and understanding. But kids are like sponges and take a whole lot of stuff in when you don’t even realise it…. it’s amazing some of the things they notice and come back to you with.

What I really want for them is to be confident and happy with who they are, find friends they can laugh and play with – and mostly, to be themselves.

Jocelyn’s story reminds me of the very first TSIB interview I did. A friend has a little boy with a similar background, she said that she held her breath when she read the story – we all want to protect the ones we love from judgment. Not just parents with their kids, but partners, friends, extended family, even people that we look out for at work. Hopefully todays story stays with you, challenges you to look at the world through a different lens and makes you think about how we interact with each other.

And how different doesn’t have to be a dirty word.

Whats your experience of being treated differently?

Im linking up with #ibot again this week – partly because I love that community and party because I think this needs to be read by many!