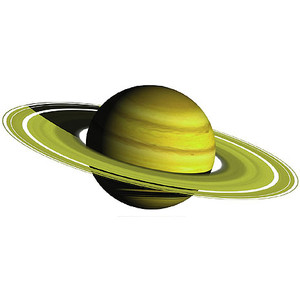 I try to not be one of those people that complains that men and woman are from different universes but some days I do concede defeat.

Like most couples with a herd of children sometimes the only time you get to have a chat with your partner is that space between your head hitting the pillow and you drifting off to sleep. I often get in trouble for spewing out a never-ending stream of random thoughts that my husband has a difficult time following. The other night we were having a chat about his work – there was a new woman who started and I asked how it was going. My husband explained that he was showing the woman the layout of the office and she commented on the space in the fridge saying she needed to leave her food there as she was on a ‘transformation’ diet. Of course my first question was ‘what’s she transforming into?’…his response was “I don’t know, I didnt ask her’.

And there it is…the difference between men and women.

I then went off on a tangent wondering outwardly what the diet was, why she was on it, what sort of food was involved, whether or not the disclosure about the food was an invitation for him to ask her more, maybe she was just trying to generate some chitter chatter on her first day….so many questions…so much snoring.

I’m still wondering about it.

I went to a conference on grief this week (don’t get too jealous) and I was keen to hear a man talk about his research into the way that different genders copes with loss. He talked about male and feminine qualities of coping – the feminine method involving expressing feelings and exploring them, versus the masculine concept of ‘thinking and doing’. This isn’t to say that women behave this way and that men behave the other it just explores the fact that there are different ways of grieving and that both ways have benefits for learning to live with loss.

In accepting which way people cope with loss the people who want to offer support should be focussed not on forcing people to share or to express more feelings but more to validate the way that they cope. I guess that old cliche of a therapist asking people how they ‘feel’ might be better served by asking people how they ‘cope’…we (ok I) shouldn’t be assigning feminist traits as a sign that people are coping better with their loss – we don’t all need to cry and scream to show that we are hurting.

So even though people might not want the detail or they might not want to openly express feelings, they might actually be coping OK. But the big question is how do we move away from this idea about the need to share everything, to have open and honest discussion as the only method to really explore something?

What about you – are you economically emotional when it comes to expressing your emotions? Is it necessarily a male/female thing or is it a human/human thing? Or have I missed the point entirely?

The Kings (and cherubs)