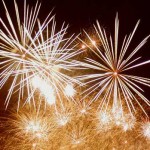 In that slow news week between christmas and new year its fair to say that a lot of whats on TV is either something you’ve seen before or a reminder of whats past.

What did we ever do without Coldplay? Every montage provided by different news outlets seems to have Chris Martin warbling in the background about fixing someone or lighting someones way. Dont get me wrong some of my best moments have been had sitting listening to his songs its just that his songs and the accompanying imagery of people losing almost everything can get a little overwhelming. Particularly when Christmas is overwhelming enough.

A month or so ago a friend posted a link to this  and asked why so many of the worlds powerful images involved loss, destruction or trauma. It made me think about the way we view power and how we link it to death and destruction. There have been a lot of moments this year where we have been bombarded with images that have made my chest ache – camera’s shoved in peoples face to capture a moment in their life where it all fell apart. There is a fine line between recording incidents and crossing into people’s private grief – some say that the media only capture those images because there is a market for them but without knowing whats in a newspaper, or whats on a TV program before seeing it, its hard to make the choice to turn away.

After the inaugural feasting of Christmas day I finally sat down on boxing day with a bowl of leftover ice cream (leftover meaning that the kids didn’t notice it in the back of the freezer) and flicked on the tele. There were two stories that opened the news – one of a man who had spent his working life saving others only to lose his in an attempt to save another and then the second story of a man injured so badly after losing his whole life in only a flicker of a moment. The final straw for me was these stories being followed by a Year That Was reflection piece focusing only on disasters.

I turned it off and yes I turned away.

It may seem ironic that I say this, considering much of what I write about, what I study and what I immerse myself in is about the trauma and sadness of life but I wondered if the world had always been this way. Do we need to mark the end of each year by reflecting on what we have lost rather than what we have gained? Is the excitement of a new person entering the world less powerful than the sharing of someone leaving it? Sometimes the urge to push the tears through these collections of sad stories leaves a sour taste in my mouth because in the showing of these images we force people to relive the horror and the pain. It doesn’t teach us anything new about loss it just reminds us of images that catalogue the worst day of someone else’s life.

I guess my new years wish this year is to see a program create a montage with a happy song and joyful images – someone graduating from uni at 85, a small person taking their first step, a kid learning to read, a dad hugging his child, a person becoming the person they always wanted to be, crap I’d even be happy to watch a person hula hoop. Nothing groundbreaking just something that reminds us that in the midst of life and loss we are actually alive and that those moments can be equally as powerful as the ones that make us fall to our knees and wonder how we would ever recover.

What do you think? Does powerful = traumatic loss or can there be a happy medium?