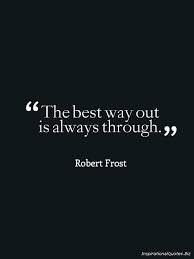 I was wrestling with a blog post last night. I had crafted it perfectly while reading in the bath and then when I sat down to type it, it was gone. Here and gone.

I’ve written this phrase 100 million times in the last 4 years. Its by a woman I look up to – Emeritus Professor Pauline Boss – a phrase she uses to explain the concept of living with the loss of a missing person. That the people we lose both exist and are gone from our lives at the same time – betwixt and between.

I had been reflecting on the Baden-Clay trial earlier this week when I thought about the post written in my head. About the idea of connecting to people we don’t know. How the images of a missing person or victims of a crime are spoken, reflected upon, in collective terms – as if all the of the community has the same thoughts about them. I don’t think this is the case – I think that the connection we hold to the sad stories of others speak to what we value, speak to the little snippets of ourselves that we see in the pictures shared by others. Each reflection wont be the same – just as each of our life experiences differ. Jenny Edkins, an Academic from Scotland, speaks about these images of people who are lost as ‘multiple bundles of hope,’ liminal spaces where we might be able to imagine a future better than the one being offered on the news, in our court rooms, in the pleas’ by the families and friends left behind. Photos provide a portal to peoples live – to times we can all connect with and a sad reality that we couldn’t warn them of what was to come.

And then this morning I woke to my husband sitting on the end of our bed. Staring at his Ipad. Telling me that almost 300 people had been lost on a trip between Amsterdam and Kuala Lumpur. The kids were all stirring and he didn’t want that image to greet them as they began the last day of the week – we watched it quickly online – with cartoons playing in the background thinking of the innocuous tasks of boarding a plane and then the sadness, the devastation, of not reaching a destination. I told people on my Facebook page that it made me scared of stepping outside – that sometimes home felt safer. There are a multitude of narratives swirling around cyberspace today – the immediacy of the media means that we have to consume vast amounts of traumatic material in a short period of time.

People were insistent that others ‘win’ if we change the way we live.

What do I think? Well one of the reasons for creating this community was to honour the space in between – how living with trauma, grief and loss isnt about finding ways to overcome it but to learn to sit with the sadness, the fallout of what happens in this uncontrollable life we live. The same can be said for each of watching from the sidelines.

An old boss of mine used to have a whiteboard above her desk. I used to sit and stare at it waiting for her to get off the phone ‘the best way out is always through‘ was written across the top of it. Robert Frost writing about betwixt and between – wading through the pain, staying in, stepping out. Your call, your space.

Widening the spaces – living with our dead