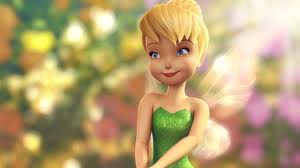 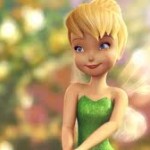 When I was 13 my parents took me to Disneyland.

I remember approaching the worlds largest breakfast buffet at the Disneyland Hotel when, while focussing in on the waffles, Tinkerbell popped up in front of me. She had a painted mask over her little elfin features, a leaf as a skirt and little pixie shoes that pointed skywards. Ive never been a fan of people in costumes so I did what any self respecting 13 year old would have done, I ran.

Tinkerbell, in her infinite small person wisdom, was having none of this. She weaved as I weaved, she dodged as I dodged trying to catch me and I ended up running and screaming back to my mum as if I were 2. The embarrassment was soul destroying.

Eden Riley writes beautiful words. Ive been following some of the bloggers that have recently been in NYC for the Blogher12 conference. I think I have some form of ADD as I struggle to follow peoples tweets when they are at conferences. The hashtags and snippets make me feel more absent when I think they are trying to be keep me present. Absent but present sums me up on most days.

Eden wrote a post as she was leaving NY, she’d been living in the space between her grief and her life and like most people it has given her new depth-defying insights into the self. I cried when I read her words because she gave a voice, a face, to the forgotten. There’s a fine line between staying on the straight and narrow and then falling to the wayside.

On any given day I find myself oscillating between being focused on the small stuff and then questioning why we focus on such randomness. I imagine that Im way up in space some days looking down at all the hurrying and shaking my head at the ridiculousness of it all. I find that adding ‘ness to the end of every word is a legitimate literary possibility.

If we spent time looking down at all of us getting rilled up about the small stuff we’d urge each other to stop, to look around at the people that need us, the people that surround us as well as the time to see the ones that are forgotten.

Maybe the reason why I was always petrified of people in costumes was because I couldn’t see their face underneath all the ‘stuff’. Maybe we all need to stop, have a look around and ask people – like Eden did – to show us the real them.

Do you look for the real faces, the ones behind the masks?

Giving power to the loveliness

Family, Holidays, What I know to be true